DAY ONE AT MIKUMI NATIONAL PARK

DAY ONE MIKUMI NATIONAL PARK AND BACK IN EVENING BACK IN DAR
Pick up from the Airport, Hotel or Ferry Terminal and drive to mikumi national park, On arrival you start with game drive after few hours you stop for lunch and after lunch you proceed with game drive.15:00hrs you drive back to Dar es salaam and you will be dropped at the hotel or airport for mid night flight.
Mikumi National Park is Tanzania’s fourth – largest National Park and the most accessible from Dar es Salaam. Within its 3230 square kilometers, its set between the Uluguru Mountains to the north and the Lumango Mountains to the south-east. Mikumi hosts buffaloes, giraffes, elephants, lions, pythons zebras, leopards crocodiles and many more just to mention a few. 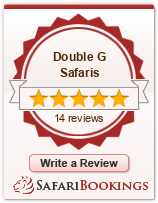